Robin and Margaret Bain and three of their children  were shot and killed in Dunedin, New Zealand, on 20 June, 1994. This was a familicide, a multiple murder where one member of the family killed the others. From the start, there were only two suspects – the father, Robin Bain (who then committed suicide), or the eldest son, David Bain, who was the only survivor. Speculation about who was responsible for this tragic event captured public attention in New Zealand for 22 years – ever since David returned home from his paper run that morning and, at 7:09 am, called the police  reporting that his parents and three younger siblings had all been shot while he was out. See transcript of the 111 call. 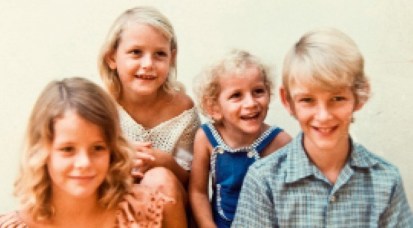 Police and neighbours initially speculated that Robin Bain, the father,  had killed his wife and three children while David was out of the house – and then shot himself before David got home.  But after a cursory investigation,  the police arrested David four days later, even though they were never able to establish a motive.  (The arresting officer was Senior Sergeant Kallum Croudis, who, in 2018,  was criticised by the IPCA for his handling of another case where someone died.) David was tried for murder  and spent 13 years in prison.
After numerous appeals, his conviction was overturned in 2007 by the Privy Council in Britain. He was tried again in 2009 – before finally being found not guilty. At both trials, the Crown argued that David shot and killed his mother and three siblings, went on his paper run (which took about an hour) – and then shot his father when he got back.
After the not guilty verdict at the second trial, retired Canadian Judge, Ian Binnie, was appointed to investigate David’s compensation claim for wrongful conviction.  Binnie described the  ‘four before (the paper run), one after’ theory put forward by the police as ‘inherently implausible’.  David’s father used to sleep in a caravan in the back garden. He often woke up early and could have come into the house while David was out on his paper run; if so, he would have discovered the carnage and called the police.  After a 12 month investigation, Judge Binnie went on to say that the police had made numerous egregious errors in their investigation and had prosecuted David even though ‘no plausible motive ever emerged’.  His views reflected those of the judge at the first trial (in 1995) who, after David was found guilty, said:

There is a compelling explanation… 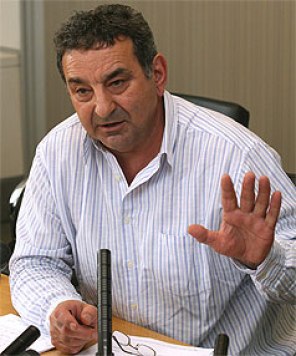 As we now know, the judge and jury at the first trial did not have all the facts.  So no wonder the police version of the story seemed bizarre. But during the next fifteen years,  as former All Black, Joe Karam kicked the case up the field of Appeal all the way to the Privy Council in London, new witnesses came forward.   We learned that David’s parents had been estranged for years and that prior to the killings, his father, Robin Bain, had been very depressed. The Privy Council  also heard allegations that Robin had been having an incestuous relationship with his youngest daughter, Laniet.

At the retrial two years later, a number of other people came forward to testify that prior to her death, Laniet told them what her father had been doing to her:

In other words, Laniet had already disclosed to quite a few people that she was being sexually abused by her father before she died.  Ashamed of his depraved behaviour, his failed marriage and fearful that he might spend the rest of his life in prison if someone took her seriously, Robin must have snapped. He wiped out everyone in the family except David – and then committed suicide.

This is a credible explanation of what probably happened. It emerged slowly and took years of hard work and dogged determination by Joe Karam, who wrote four books about the case. In 2007 the Privy Council listened to this new evidence and declared a ‘substantial miscarriage of justice’ had occurred. The jury at the retrial also listened and in 2009, David was finally found not guilty. Robin Bain was the only other suspect so the finger of blame inevitably points towards him.

When someone kills two or more members of their own family, the term used to describe this is familicide. Such crimes are rare. But when they do occur,  95% of the time the father is the perpetrator. Although it is hard to understand why anyone would want to kill their entire family, there is always a lead up.  Research shows that ‘family annihilators‘  have usually experienced an overwhelming sense of failure in their business or personal lives prior to these events and/or have deep seated feelings of shame and depression.  Robin Bain’s marriage had failed years earlier and he had been reduced to living in a caravan in a state of squalor. Teaching colleagues testified that prior to the killings, he was so depressed, he had ‘lost touch with reality‘. One said he was robotic and like a ‘walking cadaver‘.
Research on familicide describes two types of killers: they are either ‘angry’ or ‘despairing’.   The way in which this research points directly at Robin Bain is covered here.  It describes the psychological impact on a ‘despairing’ type of perpetrator when a prolonged build up of shame combines with a potential ‘triggering event’ – such as public disclosure.