Mr Ian Callinan, QC was a former High Court judge from Australia. In 2015 he was appointed to review David Bain’s compensation claim after the original report by Canadian judge, Ian Binnie, was rejected by Judith Collins who was Minister of Justice at the time. Callinan appears to have been hand-picked by the  New Zealand Government because of his conservative views – both legally and politically. 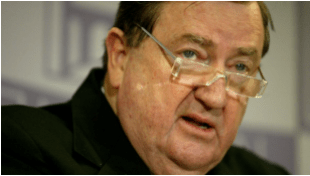 Mr Callinan (left) was a prominent lawyer in Australia before being appointed as a judge to the High Court in 1998. He served on the bench until his retirement in 2007.

According to the Australian Broadcasting Corporation, he has long standing ties to the Queensland National Party and is recognised as a political and legal conservative.   At the time of his appointment, there were concerns that his political connections played a significant part in his elevation to the bench.

“When the Coalition Government appointed Ian Callinan to the High Court of Australia, they knew they were in for controversy. Six months down the track the legal profession is bitterly divided over whether Justice Callinan’s past behaviour warrants a parliamentary inquiry into his professional ethics.”  (Four Corners documentary, ABC, 14 September 1998.) Radio New Zealand  conservatively described Callinan as having a ‘colourful past’ and said this perception about his politics was reinforced by a frank admission from Tim Fischer, the deputy prime minister of Australia at the time that“the Howard Government wanted to see a ‘Capital C Conservative’ appointed to the court.”

Callinan’s appointment to the High Court was immediately controversial. Shortly after being sworn in, he was asked to stand down from the Hindmarsh Island Bridge case (involving Aboriginal archaeological sites), because of his perceived bias towards the Government’s position in the case. Three months before his appointment, he’d written a legal opinion for a Senate Committee in which he stated the Government had the power to introduce racially discriminatory legislation if it chose to do so.

The situation was highly contentious and raised the possibility that for the first time a High Court judge might end up being disqualified by his colleagues. The matter was dropped when Callinan, realising the potential repercussions, eventually chose to disqualify himself.

A few months later, further concerns about Callinan’s integrity were raised when legal ‘advice’ he had given to a corporate client 12 years earlier became the subject of a controversial law suit. The case, White Industries v Flower & Hart was the longest-running and most expensive commercial proceeding in Queensland’s legal history. It involved a $5 million debt owed to a construction company, White Industries, by a property developer represented by the legal firm, Flower & Hart.  Callinan was contracted by Flower & Hart for legal advice and suggested a  strategy that included ‘allegations of fraud in circumstances where there was no factual basis for making that allegation’. The judge, who ruled in favour of the construction company, said Mr Callinan had agreed and approved of the use of a fraud claim to frustrate and delay White’s recovery of the money the company was owed.

He said that based on Callinan’s advice… “Flower & Hart breached the duty it owed to the Court to conduct proceedings before the Court with propriety, not to be a party to an abuse of process and not to obstruct or defeat the administration of justice.”

The scandal became the subject of a television documentary by the ABC Four Corners programme and led the Law Council of Australia to call for a parliamentary inquiry into Callinan’s professional ethics.

His views on the fallibility of the justice system

In a speech in which he argued against capital punishment in 2005, Callinan said: “The criminal justice system is fallible. Mistakes occur… It is not within our capability to avoid the possibility of error. In my experience, the phenomenon of human fallibility is irrefutable… ”  This is true, but this ‘possibility of error’ also applies to Mr Callinan and to his judgements. Callinan seems to be acutely aware of this possibility; he highlighted the issue in books he has written. His first novel The Lawyer and the Libertine published in 1996, traces the fortunes of two boys brought up in Sydney during the Depression. In the book, one of the boys becomes the Attorney General of Australia and, according to one reviewer, is portrayed as a character who “regards bias as an inescapable fact of life and treats objectivity as an illusion to be ignored.”  The other boy becomes the Chief Justice of the High Court (Callinan was appointed to the High Court). The reviewer says this character also “acknowledges bias and prejudice as facts of life, but regards their existence as pressing reasons to insist on objectivity as the ideal.”

It is not clear which of these characters Callinan identifies with the most. Nevertheless, his speeches and writings suggest he believes that bias and a lack of objectivity in the justice system are par for the course. 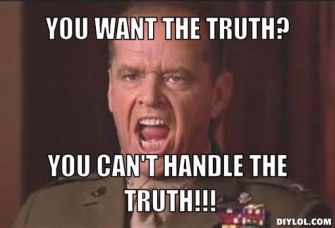 In other words, the New Zealand Government is holding up as the gospel of truth a man who does not seem to believe the justice system is capable of neutrality or objectivity.   But even when the system gets it wrong, as it did so badly with David Bain, according to Amy Adams, Callinan is the only one who got it right.

What did Callinan get right?  Not much as far as I can see, but you can decide for yourself. Here’s his full report. His conclusion was that David has been unable to prove his innocence. Judge Binnie said David can’t prove it because when the police allowed the Bain family home to be burned down three weeks after the killings, crucial evidence (e.g. bloody footprints) was destroyed.

Nevertheless, Ian Binnie, who has an impeccable reputation as a jurist, concluded that because of these extraordinary circumstances, David met the Cabinet guidelines for compensation.  That seems right to me.
See Binnie’s reasoning and conclusions here.

The bloody footprints found by the Police at the Every Street house were considered by the Privy Council and Justice Binnie to be extremely crucial, if not the most probative evidence available in the case. Indeed the Crown and Police are on record as agreeing that whoever made the footprints was the killer. The bloody footprints were ‘developed’ with luminol from impressions in the carpet. They led to the computer alcove (where a cryptic message was typed on the computer by whoever was the murderer) and were also present elsewhere in the house. 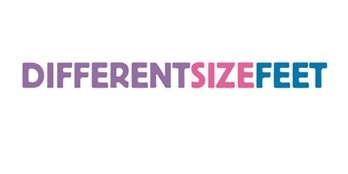 The footprints measured 280mmm – too short to have been made by David Bain’s feet which were 300 mm – but fitted Robin Bain (270mm without socks).  Callinan addresses this issue in Paragraph 392 of his report. He says: “There were too many differences in the various measurements made under different circumstances of the sizes of the Applicant’s (David’s) stockinged feet.”

In fact David Bain’s stockinged feet were never measured.  The trial notes indicate that David Bain’s bare right foot was measured at 300mm, (page 3259 lines 22-26). That measurement is uncontested.  So, on what is arguably the most important piece of forensic evidence in the entire case, Mr Callinan cites evidence that does not exist, and measurements that never happened. In other words, he was confused about whose feet the  different measurements referred to. This totally  undermined the integrity of his investigation and his conclusions.

Compounding this critical issue, three weeks after the murders the police allowed the house to be burned down destroying everything, including the carpet with the killer’s footprints.  Judge Binnie said this act of destruction made it impossible for David to ‘prove’ his innocence. The main justification that Judith Collins used to reject Ian Binnie’s report was advice  by Robert Fisher that Justice Binnie had not applied “the Bayesian approach to circumstantial evidence and probabilistic reasoning.” Chapter 2 of the Fisher report is titled “The required approach to probability reasoning”. In footnote 30  to paragraph 48, he states that “Bayes theorem underlies the way in which probabilities are assessed in legal cases.” In paragraph 49 he says: “they (the principles of probabilistic reasoning) apply with equal force to a compensation inquiry of this kind.”

However, Judge Callinan did not apply Bayesian probability to the case either and disagreed with Robert Fisher that it is even helpful. In para 357, Callinan wrote that Bayesian  theory “provides an unsatisfactory basis for fact-finding.”  He goes on to state: “I do not understand New Zealand law to required me to use or apply Bayesian Theory or approaches and I have not done so here.”

Irrespective of whether Robert Fisher was right or wrong,  Judith Collins accepted his argument that Ian Binnie’s report had to be thrown out because the learned judge had not applied Bayesian probability theory in reaching his conclusions. The problem is – Ian Callinan didn’t use it either.  So his report should have been thrown out as well. Why wasn’t it? Because in reality, Fisher’s allegation that Binnie didn’t use Baysesian probability theory was just an excuse to reject his report. The fact of the matter is that Binnie didn’t give the Government the answer it wanted.  Callinan did.

These are just some of the issues in Ian Callinan’s report that David’s legal team were going to contest if the Government had not paid him out.  In the end the Government gave him $925,000 if he agreed not to pursue further legal action. David accepted the offer rather than drag the claim out any longer.