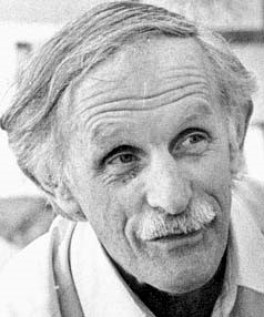 Familicide is the name given to a particular kind of multiple murder – where one member of a family kills virtually everyone else in the family.  If the perpetrator commits suicide afterwards (which occurs in 60% of such cases), it is referred to as familicide-suicide.

A systematic review of the literature on familicide in 2011 found a number of common factors in such incidents.

The first is that in 95% of cases where both parents were killed, the perpetrator was the father. Only 1% of familicides are committed by an adult son. The reviewer found:

“In cases where (one of the) sons killed both parents, the research indicates that the perpetrator is always either severely abused, suffering from severe mental disorders (usually psychotic) or psychopathic. There are no identified cases where the son exhibits none of these pathologies and does not commit suicide.”

Second, many of these fathers displayed symptoms of depression prior to the killings. Fellow teachers described Robin at the time of the killings as “deeply depressed, to the point of impairing his ability to do his job of teaching children”.  Mr Cyril Wilden, a former teacher and registered psychologist visited the Taieri School from time to time.  The Privy Council wrote:

“He noted Robin’s depressed state of mind. Robin appeared to be increasingly disorganised and struggling to cope.  Mr Wilden formed the view that Robin was clinically depressed with a form of reactive depression.” (Privy Council, 2007, para 42). 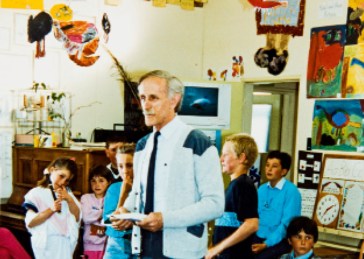 Robin Bain with some pupils at school

Robin also published graphic and inappropriate stories of violence and killings by his 9-year-old pupils in the school newsletter; one of those stories involved the murder of an entire family. The president of the Taieri Principals’ Association at the time, found this“unbelievable” and regarded the publication of these stories as:

“the clearest possible evidence that Robin Bain had lost touch with reality due to his mental state” (Privy Council, 2007, para 41).

It appears Robin Bain never sought professional help for depression, but this is another point of commonality; fathers who commit familicide tend to view themselves as the head of the family, and “control their outer image closely, rarely confiding in people or seeking help”.  When it was suggested that Robin could be the killer, family and friends rejected this notion saying that he appeared to be fine. This is consistent with other familicides; the men who commit these crimes tend to internalise their personal sufferings in order to project a ‘normal’ public appearance.

The literature also suggests there are two types of familicide perpetrator. At one end of the continuum, there is the angry type – men who have displayed a well-established history of anger and hostile behaviour, especially towards women. For this type, the killing of one’s partner and children is an act of revenge or punishment, usually following parental separation. At the other end of the continuum, there is the despairing type of perpetrator who has no previous history of hostile behaviour and is generally well regarded in the community. This description applies to Robin Bain.  For this type, familicide, followed by suicide is “an escape both for himself and his family from an intolerable future”.

In addition to feelings of depression and anger, the literature shows that familicide is generally preceded by a prolonged build-up of shame. This usually follows parental separation or a serious breakdown in the relationship; loss of employment or significant financial losses may also be involved.  These lead to a psychological loss of control and/or a perceived loss of social status.   Robin Bain also fits this profile. He and Margaret had been estranged for several years and by all accounts, he was unfulfilled in his job. He had applied for a number of other teaching positions, but was unsuccessful.

But for Robin Bain, there may have been an even greater source of shame. He was a Christian and a respected member of the community. At the second trial, witnesses said he had been committing incest with his youngest daughter, Laniet, ever since the family came back from Papua New Guinea. If indeed he had been molesting her, this would have created intense feelings of guilt and internal conflict. It seems that “despair is the end-state for these perpetrators”.

The research also found that in most cases of familicide there is usually some kind of triggering event, one which leads to a sense of “ignominy, terminal public shame, mortification and self-disgust”.  Testimony at the second trial suggests Laniet had already told a few people in the community what her father had been doing to her and was about to tell the rest of her family. It seems the potential loss of face Robin Bain was facing was so great, he not only killed everyone else in the family (except David), he also shot himself. This is another point of commonality.  In over 60% of familicide cases, the offender subsequently commits suicide. As the Privy Council wrote:

“If the jury found Robin to be already in a state of deep depression and now, a school principal and ex-missionary, facing the public revelation of very serious sex offences against his teenage daughter, they might reasonably conclude that this could have driven him to commit these acts of horrific and uncharacteristic violence”   (Privy Council, para 106).

In summary, David Bain did not have an identified motive, did not have a mental health disorder and did not commit suicide. Robin Bain did, or had, all three. In every single aspect of this case, it is Robin Bain rather than David Bain, who fits the profile of the typical perpetrator of familicide, followed by suicide.

In his investigation into David’s claim for compensation, Ian Binnie examined this theory about familicide put forward by Joe Karam.  He wrote:

“The evidence discloses that Robin was a troubled man whose wife was gradually easing him out of the family circle much against his will. She was moving ahead with plans to build a new home. He had to sleep in a caravan. She likened him to the Devil. The school of which he was Principal had received an unfavourable report from the Educational Review Office in October 1993, although a more recent ERO report in February 1994 showed some improvement. He had every reason to be angry and frustrated .” (Para 141).

(However) “at the 2009 retrial, no expert witness took the stand even to advance the ‘familicide’ proposition let alone be cross-examined on the subject… Mr Karam’s theory may be valid, but it falls short of the required standard of proof.”  (Para 143).

Although Binnie said this theory did not meet the standard of proof required,  he acknowledged it was useful for ‘after the fact analysis’.  In other words, even though it is not proof, the research on familicide provides a logical explanation of what could have driven Robin Bain over the edge. In contrast, it is remarkable that throughout the entire history of the case, the prosecution never came up with a motive or theoretical framework which explained why David was, or might be, the perpetrator.  All the police had was circumstantial evidence – all of which was contested in the Privy Council and at the retrial and found to be wanting.

Former Australian High Court judge, Ian Callinan, was also asked to provide a report on David’s compensation claim. In his report, Callinan quoted a study by Prof Carl Malmquist who observed that when fathers commit familicide, “two common elements are  present in the fathers: a chronic pattern of disturbance in their martial lives, and further alienation from their wives that they could not handle…” (para 189).  Callinan then admits Robin Bain was experiencing exactly that. He wrote:

“It is true that there was discord and alienation in Robin Bain’s household and that he did not wish to accept that alienation” (para 190).

Callinan  also quotes from Patterns of Multiple Family Homicide by Liem and Reichelmann (2014) . He says when a familicide is committed by a son in the family, “the perpetrator is thought to be aiming his aggression at one or both parents… typically motivated by a desire to free themselves from the parents’ tyranny…” (para 191).

However, the level of tyranny required needs some explanation.  Liem and Reichelmann provide an example in which a 14-year-old boy killed his father after years of abuse in New Mexico in July 2004. His mother died, and his father then went through multiple marriages.  After a particularly abusive episode by the father, the 14-year-old ran away and hid. When he returned, he killed his father and stepmother and his younger stepsister because she was a witness. David was 22 when his family was killed and had never been the victim of such ‘tyranny’.

The authors go on to say that “in other cases, the perpetrators problems were focused on an issue separate from the actual victims, such as intimate partner problems, unemployment, or alcohol/drug related problems.”

None of these scenarios applied to David Bain. Nevertheless, Callinan concluded by saying “I am by no means satisfied…” that David Bain  is innocent.