New Zealand is a signatory to The International Covenant on Civil and Political Rights (ICCPR), a United Nations  agreement reminding  member states that:

“In accordance with the Universal Declaration of Human Rights, the ideal of free human beings enjoying civil and political freedom and freedom from fear and want can only be achieved if conditions are created whereby everyone may enjoy his civil and political rights, as well as his economic, social and cultural rights.”

The ICCPR was adopted and opened for signature, ratification & accession by General Assembly resolution 2200A(XXI) of 16 December 1996, and came into force on 23 March 1976.

“When a person has by a final decision been convicted of a criminal offence and when subsequently his conviction has been reversed… or newly discovered fact shows conclusively that there has been a miscarriage of justice, the person who has suffered punishment as a result of such conviction shall be compensated according to law..” 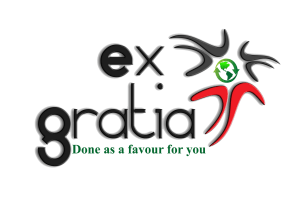 New Zealand ratified this International Covenant on 28 December 1978 but opted out of section 14(6) saying it would make ex gratia payments instead. This means the Government agrees to pay compensation but accepts no legal liability for any wrong doing. This applies to all compensation payouts for wrongful imprisonment the Government has ever made, not just David Bain’s.

The Cabinet went on to create the following set of guidelines describing the circumstances under which compensation would be paid in New Zealand: Ministry of Justice Background document on Compensation for Wrongful Conviction and Imprisonment.

In short, the Ministry of Justice guidelines say:

There is no legal right to compensation for wrongful conviction and imprisonment. However, the Government in its discretion can compensate someone wrongfully convicted and imprisoned by making an ex gratia payment. Compensation under the following scheme is only payable to persons who:

(a) are imprisoned following a wrongful conviction that is subsequently set aside;

(b) are, at a minimum, innocent on the balance of probabilities. However, the guidelines are confusing. There is a third requirement – that to be eligible, any claimant must have had their conviction completely quashed – without a new trial being required. David was retried, so  technically –  he was ineligible under the current Cabinet guidelines – but he was still make a claim outside the guidelines (see below). According to Professor Andrew Geddis, the guidelines have no basis in law. This means they are political in nature and, as such, can be changed by Cabinet at any time.

“The most important point to note about compensation for wrongful conviction is that it is not really a legal process at all… New Zealand has not created any statutory or other process to govern it.

“[And] this refusal to acknowledge a legal right to such compensation flies in the face of Article 14(6) of the International Covenant on Civil and Political Rights.”

Claims outside the guidelines In another section of the Ministry of Justice document, it says Cabinet can consider ‘claims outside the guidelines’ and can:

“pay compensation to an applicant who is not eligible in extraordinary circumstances, where it is in the interests of justice.”

The Guidelines go on to say that “Cabinet prescribed no additional criteria or process for consideration of claims falling outside the Cabinet guidelines.”  So all it takes is for the Government of the day to decide whether a payout is ‘in the interests of justice’.  Then Cabinet can pay compensation even to claimants who fall ‘outside the guidelines’.

The reality is that Cabinet could have decided it was in the interests of justice to pay compensation as soon as David was found not guilty (at a cost of $4 million). Instead, they wasted another $1 million on three reports by three different judges trying to find one who said they didn’t need to pay.

If John Key and his Cabinet actually had a commitment to ‘justice’, David would have received compensation.  If they had any humanity, they would have offered him an apology as well.