The support of Joe Karam 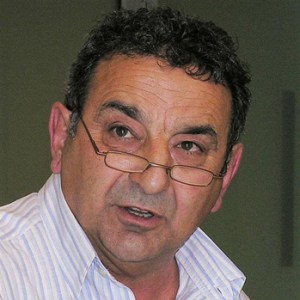 Joe Karam, a former All Black, took up David’s case in 1997 and spearheaded a thirteen year campaign to have David’s convictions overturned. His interest in the case began in 1996 when he read a newspaper article about “an old music teacher and a bunch of young, long-haired university students” trying to raise money for Bain’s appeal by selling jam. He gave them some money.

That was when Karam began to study the evidence and realised something was wrong. He became appalled at the way the family, the Police and the Fire Service arranged to burn the Bain house down, destroying crucial evidence in the process. He went to visit Bain in prison and subsequently visited him over 200 times. Believing himself to be a good judge of character, he thought it “odd” that anyone could think someone as guileless as David could be a killer.

Watch David Bain and Joe Karam interviewed by John Campbell after the not guilty verdict on 5 June 2009 (9.36). Joe explains how he got involved: “what captured my attention was seeing David’s friends standing on the side of the road selling preserves to raise money to fight for his innocence.”

Karam examined every aspect of the case in such detail he was able to write four books about it. The first was “David and Goliath: the Bain family murders” published in 1997. Karam made accusations against two individual police officers in David and Goliath; it created a media furore and he was sued for defamation.  He also appeared regularly on the Paul Holmes show on TVNZ and ‘did a thousand other media interviews’. The second book, “Bain and Beyond” was published in 2000 and the third, “Innocent!: seven critical flaws in the conviction of David Bain” came out in 2001. The fourth book “Trial By Ambush: The Prosecutions Of David Bain” was released in 2012. In this book, Karam accuses Robin Bain of the murders of his wife and three of their children before shooting himself.

Despite three attempts, Karam and the defence team were unable to persuade the Court of Appeal in New Zealand that David might be innocent. In 2007, he helped David take his case to the Privy Council in London where his legal team laid out nine different arguments as to why the convictions should be quashed.  One of the main points was that, prior to the killings, Robin Bain had been so guilty and depressed about his incestuous affair with his daughter Laniet that ‘he may have lost touch with reality’.  The Privy Council concluded there had been a ‘substantial miscarriage of justice’ and recommended a retrial.

Without Karam’s unswerving support, at considerable personal cost, it is unlikely the retrial would ever have happened. The cost was significant, both financially and personally. Over the years, details of the evidence presented at the original trial and subsequent hearings were relitigated at social gatherings and on the internet.  The NZ Herald article, Joe Karam: Freedom Fighter quoted him as saying: “For many years the mainstream media, judiciary and politicians just thought of me as a raving redneck who’d lost the plot.” Karam stopped socialising with rich-list friends because people would inevitably buttonhole him about the case and he felt compelled to put them straight – “destroying the dinner party. So in the end you stop going out.”

The case remained controversial, even after Bain was found not guilty, and often produced quite ‘visceral’ responses. Karam’s motives were questioned and he was frequently criticised and attacked on social media for his support of Bain. In response, he successfully sued or took defamation cases against North & South magazine, the New Zealand Herald, and journalist Rosemary McLeod. In 2014, he was awarded $535,000 following a suit against Kent Parker and Victor Perkiss for over 50 defamatory posts the pair made on Facebook and Counterspin – a website established for the sole purpose of convincing the public that Joe Karam, the Privy Council and the second jury had got it wrong.  However Kent Parker said he couldn’t pay and applied for bankruptcy while Purkiss avoided payment by taking off to England.

He had it all. A loving family, successful businesses and an All Black jersey in a wardrobe full of Italian style. His kids went to Auckland’s King’s College, he drove big cars, he could make a grand in an afternoon.

In the champagne days of the 90s, Joseph Francis Karam was a risk-taking millionaire with a generous disposition and a talent for giving things a good spit and polish. He owned 25 investment properties and a winning racehorse. Every year he’d hire a marquee at the races for friends and family. With a galloping enthusiasm for life and an entertaining line in braggadocio, Karam was a middle-aged colt with a nose for making money and an appreciative eye for the fillies.

Ten years down the track, the friends and fortune have gone. The woman he loved left him, he sold his home and he doesn’t bother going to dinner parties any more, sick of them ending in an argument and a walk-out.