Legal opinions on the decision not to pay compensation

Following Amy Adams announcement that the Government would not pay David compensation, the media asked Ian Binnie and other lawyers to comment on the decision. 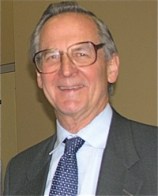 Ian Binnie, Checkpoint, Radio New Zealand, 2 August 2016: “The Government is saying this man can’t prove he’s innocent, and a large part of my report is that, well, if he can’t prove he’s innocent, it’s because the evidence was messed up by the Police and the Crown scientists – which included burning the carpet that had these very important footprints on it – despite the Police manual saying that the evidence is to be preserved.” (5:45)

In this interview, on 3 August 2016, Binnie talked to Mike Hosking about the need for an independent process and said: “I think the politicians should keep their hands off... they have too many other interests. I think clearly they did not want to say that the police had erred… and the politics became dominant” (4:50).

Colin Withnall, QC, who headed up David Bain’s original appeal team and was involved in the negotiations with the Crown which resulted in the settlement of the compensation claim:“The requirement that an applicant for compensation first prove his/her innocence is repugnant to the cornerstone of the common law, that everyone is presumed to be innocent until the contrary is proved beyond a reasonable doubt. This has been a fundamental principle of the law for centuries. At common law it was always a general presumption : innocent until proven guilty beyond a reasonable doubt.” 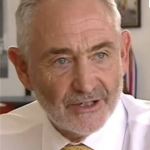 Gary Gottlieb, Checkpoint, Radio New Zealand, 2 August 2016. The former president of the New Zealand Criminal Bar Association said Cabinet guidelines should be revised so they cannot be politicised, as was the case in David Bain’s compensation claim. “If someone has been acquitted and had previously been in prison, that should be the starting point for compensation (4:35). 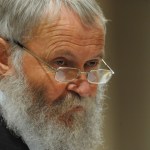 Nigel Hampton, QC, Interview by Jesse Mulligan, Radio New Zealand, 2 August 2016. “This is an extraordinary statement that has been made by the Minister saying on the one hand, no compensation, but on the other hand, here’s almost the same amount of compensation (as he would have got) anyhow.” 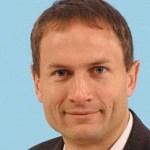 Andrew Geddis, The Spinoff 2 August 2016: “I think this is a tacit acknowledgment that the compensation process in his case was badly stuffed up. After all, if the 13 years he spent in jail for a crime the courts found he did not commit is not thought worthy of any compensation, then why does the government consider payment is appropriate for the more than six years he spent pursuing the matter following his acquittal?”