When police were called to the house at Every St, Dunedin on 20 June 1994, initially  they thought they were dealing with a murder suicide  and that Robin Bain was the perpetrator.  But they never really looked into this possibility and four days into the investigation, decided to focus entirely on David who was the only survivor. The police claimed David killed his entire family, and  came up with two different theories about the timing or sequence of events.

At pre-trial hearings in the eleven months leading up to the first trial in 1995, Police claimed David killed all five family members in one 25 minute shooting frenzy after getting back from his paper run.  Ian Binnie described this theory as follows:

“The initial Police theory was that David Bain had killed all five members of his family during a killing frenzy in the so-called “missing twenty five minutes” between his arrival home around 6:45 am and calling the emergency services at 7.10 am (the “trance theory”).

This became known as the ‘trance’ theory because David  could not remember a number of details about what he did in the process of finding four dead family members in the house. Police suggested he couldn’t remember  because he was in a kind of trance when he killed them.  Forensic psychiatrist, Professor Philip Brindid, subsequently offered a more clinical explanation. He said David was in shock and this is why he couldn’t remember everything (more information on Philip Brindid below).

Once it got to court, this trance theory about the killings was dropped. On the first day of the trial,  the police presented  an entirely different version of events (see below).  Canadian judge Ian Binnie explained why the police changed their story in his report into David’s compensation claim 17 years later. He said:

(The trance) theory was abandoned by the Police as it was concluded David Bain could not possibly have murdered five people in different parts of the house and performed a botched clean-up within 25 minutes (para 41).

The ‘four before (the paper run), one after’ theory

The prosecution changed tack on the first day of the trial in 1995 claiming that David killed his mother and three siblings before going out on his paper run – while his father was sleeping in the caravan in the back yard..  They claimed he didn’t kill his father until he got back from the paper run an hour later.

The prosecution argued that the blood subsequently found on David’s socks was the result of walking about the house with no shoes while carrying out the first set of killings. They claimed David then put his running shoes on, before leaving the house at about 5.45am to deliver the papers. He got back at about 6.40am.  According to the prosecution, he went into the house, hid in the lounge and shot his father when he came in to pray.

Apart from the fact that the police never came up with a plausible motive as to why David would want to kill his entire family, Judge Binnie described at least two significant flaws in this theory.

1) No blood found on David’s running shoes: The first is that  although blood was found on the socks David was wearing when police arrived at the house, no blood was found in the running shoes he wore when he delivered the papers. David said he walked around in his socks when he got back from his paper run while discovering all the dead bodies. If in fact he killed four family members while walking around in his socks, then some of the blood would have soaked onto the inside of his  shoes when he put them on to go out on his paper run. The ESR tested the shoes but found no trace of blood in them or on them. So this alleged sequence of events is not supported by the evidence.

2) Robin could have found the bodies: The second problem with this theory is that Robin Bain slept in a caravan in the back garden.  If David killed his mother and siblings and then went out on his paper run, Robin may well have woken up and come into the house while David was out. He would have found the bodies and the rifle and would have called the police. The police stuck to this ‘four before, one after’ theory and also used it at the retrial in 2009. Ian Binnie dismissed it as ‘inherently implausible’. He said:

“The second (and continuing) Police theory is that David Bain killed four members of his family in the early hours of 20 June, then left about the usual time to do his newspaper route (5.45 am). He made sure he was seen by customers along the way to have them available as future alibi witnesses, then returned home around 6:45 am to kill Robin (the “four before one after” theory).” (Para 42)

“Occasionally Robin was up earlier.  He sometimes used a downstairs door to come in from the caravan. This would have led him directly to the scene of the murders. Had Robin done this on the morning of 20 June, he would immediately have discovered the carnage while David was out, and called the Police before David got home.” (Para 43)

It strikes me as inherently implausible that David Bain, however incompetent, would kill four people, then take time out to do a paper route in clothes smeared in blood (albeit covered in part by a red sweat shirt), anxious to be seen by customers along the way, leaving the scene of the massacre open to discovery by Robin before his return. Robin was often up and about  the house soon after his alarm went off at 6.32 am.” 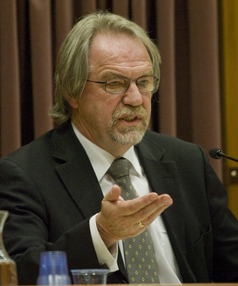 “Such a mindless “four before one after” plan attributed to David, a university student, is just not credible in the absence of (i) any expert evidence that David suffered from an abnormality of the mind or (ii) possessed sub-normal intelligence. Neither is the case. “(Para 44)

There was no abnormality of mind. Over the years, David was assessed by five separate mental health experts, two on instructions from the Crown, both before and since the first trial. They all concluded he was normal (Binnie para 135).

Forensic psychiatrist, Professor Philip Brindid, was asked to assess David to ascertain if he was insane and could use this as his defence in court. He also  met with David many times once he was sentenced to prison.  At the retrial, Prof Brindid told the court that David had no signs of mental disorder or personality disorder in his history; and that David did not demonstrate any signs of mental illness in the days leading up to the killings.  He wrote an affidavit for the court which said that, not surprisingly, that David suffered from post-traumatic stress disorder as a result of discovering the bodies of his family.