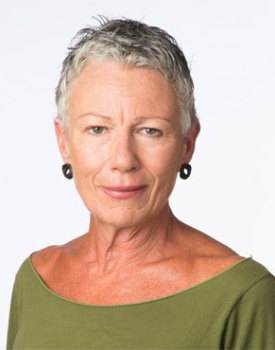 Shortly after the Black Hand’s podcast was released, Canadian Judge Ian Binnie happened to be in New Zealand attending the Criminal Bar Association conference.  Binnie was subsequently interviewed by Kim Hill on Radio New Zealand. She asked him what he thought about Black Hands and Van Beynen’s obsession with trying to prove that David Bain was guilty.

David had no motive

In response to a question from Kim Hill about van Beynen, Binnie said this:

The problem with Martin van Beynen is he gets into all this detail but he never steps back and asks himself why. Why would David murder his family? There’s absolutely zero evidence of any mental instability whereas Robin, one way or another, had some problems…Nobody’s ever answered this question: Why David, why would he do it?

Van Beynan was so offended by this interview, he released an extra podcast, the 11th on the matter. His response to Binnie’s comment that David had no motive was this:

Justice Binnie seems to think that since psychiatrists have declared David sane, he can’t have been the killer – because the killer had to be crazy. Again that’s a pretty naïve view in my opinion. By the time psychiatrists were involved, David had every incentive to conceal anything that might be of interest to the doctors. Plenty of material, both from the trials and that I have unearthed, shows some very unusual behaviour by David. According to interviews I have done, Margaret was worried about his hallucinations; Arawa was worried about him having a rifle; and Laniet was scared of him and didn’t want to go to a family meeting he’d called. Lots of killers present a a stable friendly face to the world and to doctors. Justice Binnie should know this.

What this says about van Beynan

Neverthless, Van Beynen thinks that some of David’s behaviour was ‘unusual’.  In that case, we’re all in trouble. Everyone has done things that are unusual – but that doesn’t mean we’re all crazy or that we’re all murderers. Van Beynen needs a lot more evidence than that to conclude David had a motive to kill. He also needs to show that David thought he would have gained something by killing his family.  But he doesn’t.

On the other hand, he does point out something David lost. He notes that David was very close to his mother – so he killed her. That makes no sense at all. What does make sense is that his mother thought Robin was the incarnation of Satan – now there’s a potential motive for you. Throw in a broken marriage plus the allegations of incest by Robin with Laniet and what have you got – a very powerful motive to kill everyone involved.

The problem here is that Van Beynen  is a journalist. He has no training in counselling, mental health or psychiatry but he seems to think he is better qualified to determine the mental health of someone he has never met than experienced psychiatrists who interviewed David for hours – over a period of years.

At the end of the day, it seems Binnie was right –  Van Beynen is like Inspector Javert in Les Miserables… “rather tragic in his misguided and self-destructive pursuit of justice.”  What Binnie is really saying, ever so politely, is that Van Beynen is crazy  or at the very least, he’s seriously obsessed. But that’s alright. Stuff is making a lot of money out of his obsession by publishing his podcast.