Laniet told numerous witnesses she was sexually abused by her father

What the jury wasn’t told

Before the first trial in 1995, Dean Cottle, a friend of David’s sister Laniet, provided testimony which was potentially relevant to Robin Bain’s state of mind at the time of the killings. He told police that Robin (below) had been in an incestuous relationship with Laniet that began when the family lived in Papua New Guinea – and that this was still going on prior to the killings.

After the trial, Cottle said that before she died, Laniet told him she was ‘going to put a stop to everything’  by telling the rest of the family what had been going on between her and her father. However, the presiding judge regarded Cottle as an unreliable witness and his testimony was not presented at the trial. (See Cottle’s statement here – which was read out by the judge at the second trial in 2009.)

Statements by teachers and other witnesses

As time went by, more allegations came to light. In affidavits presented to the Court of Appeal in 2003, other people also reported that in a distressed state, Laniet (left) had told them about a sexual relationship with her father; she told at least one person her father had raped her and told others she had had an abortion. [Privy Council decision, paras 46-49] 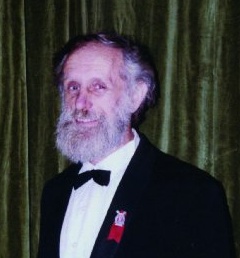 Fellow teachers subsequently described Robin at the time of the killings as ‘deeply depressed, to the point of impairing his ability to do his job of teaching children’.  Cyril Wilden, a former teacher and registered psychologist visited the Taieri School, and noted that ‘Robin appeared to be increasingly disorganised and struggling to cope.’  There were piles of unopened mail on his desk and his classroom was ‘dishevelled, disorganised and untidy’.

Kevin Mackenzie, President of the Taieri Principals’ Association at the time, found it ‘unbelievable’ that Robin published brutal and sadistic stories written by his pupils in the school newsletter, one of them involving the serial murder of members of a family. He regarded the publication of these stories as “the clearest possible evidence that Robin Bain had lost touch with reality due to his mental state”.  [Privy Council decision, paras 41-43].

None of this information was available to the jury in 1995 and so the defence was unable to point the finger of blame towards Robin.  David was found guilty and sentenced to life in prison – with a non-parole period of 16 years.

Watch a TVOne News report of the retrial in 2009 in which it was alleged Robin Bain may have sexually abused both his daughters; a psychiatrist who counselled David for ten years says he developed PTSD  after the death of his family; and a police officer threw a witness’ statement about Robin Bain’s depression in the rubbish bin (2:07).